Sam Tutt (center of picture) a student of Carshalton Boys and the Sutton football academy programme, was selected to play for the first team in the Surrey Senior Cup. Sam impressed so much he played the full 90 minutes.

“Sams attitude and consistent performances for our Bostik U18’s saw him earn his 1st team debut vs Leatherhead in the Surrey Senior Cup.  Sam has also become a regular starter in the u23’s making the left back shirt his own” 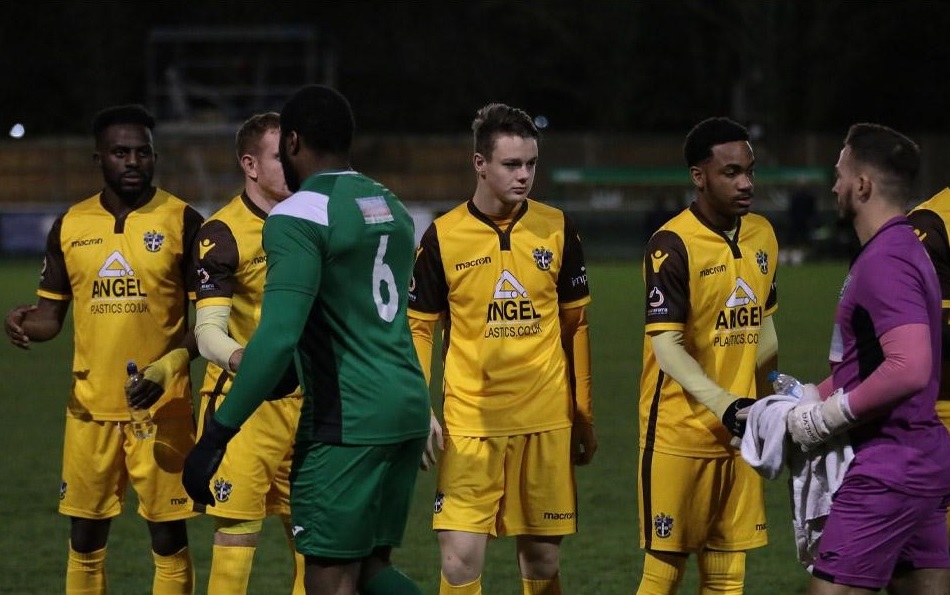