On Friday 10th November, the Carshalton Boys community paid their respects in the annual Remembrance Ceremony.

A two minutes silence was held after a playing of the Last Post. Mr Barber (Principal), H Philips (Head Boy) and Amy Cooper (Head Girl) then laid a wreath at the school’s war memorial, followed by a representative of each tutor group. The ceremony was the culmination of a whole-school project focussed on remembrance. Over the past month students and staff have been researching relatives, past and present, who have served in one or more conflicts. Their memory shall be preserved in a display that has been erected in the main building of the school. Assemblies were held last week in which students were asked to reflect on the futility and horror of war. The original purpose of the two minutes silence was reiterated; one minute to mourn the fallen and one to honour the survivors. At the going down of the sun, and in the morning, Carshalton Boys will respect the fallen and reflect on the virtues of peace. 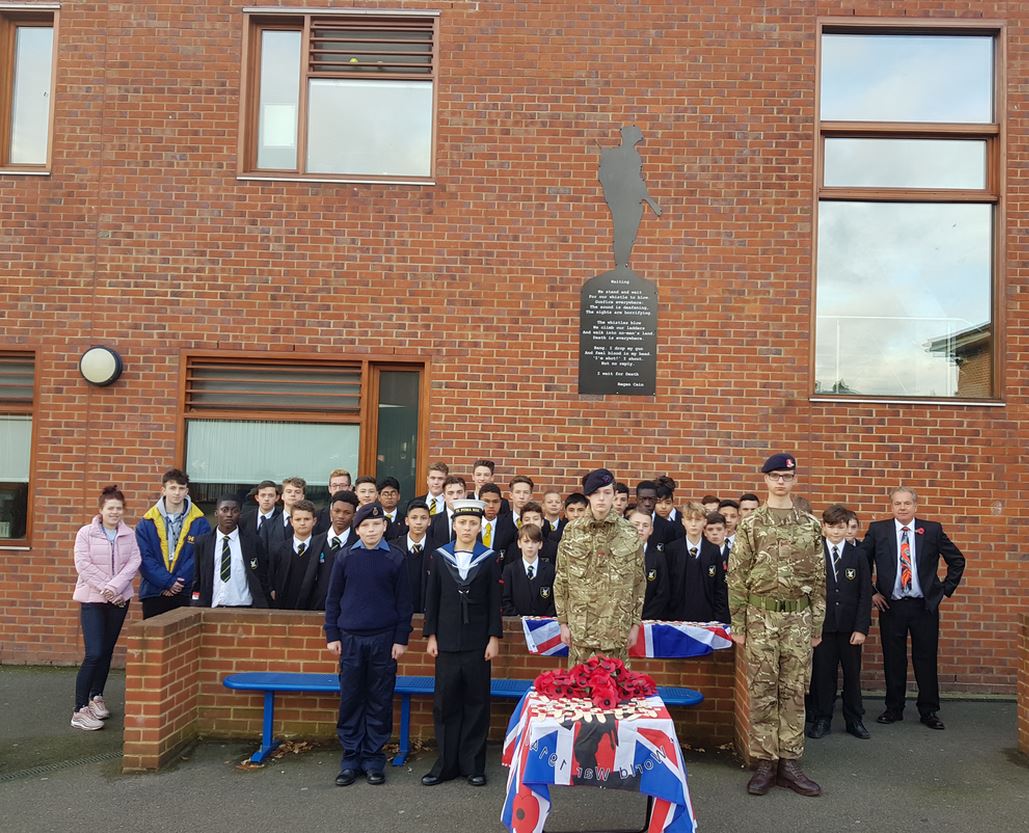