On Wednesday (17/6/15) the Year 7 Football Team made History by becoming the first ever Carshalton Boys team to win the London Cup.

On Wednesday (17/6/15) the Year 7 Football Team made History by becoming the first ever Carshalton Boys team to win the London Cup. The boys travelled to Dagenham to take on Emerson Park Academy, a team who had been dominant throughout Essex and East London this season, as well as having 4-5 academy players in their ranks. The game started very scrappily with both teams trying to get a foothold on the excellent 4G surface, Car Boys back four giving absolutely nothing away. In a half with very few clear cut opportunities, but Carshalton the stronger of the two teams, it took a moment of individual magic to break the deadlock….. After latching on to a flicked pass Dylan beat not only one but two defenders with a brilliant piece of skill before rounding the keeper and slotting the ball into the net, much to the delight of the travelling pupils and parents. Car boys continued to control the half with a brilliant show of defensive shape, and 1-0 was how it stayed at the break. In the second half Emerson raced out of the traps putting the boys in yellow and black under pressure but the defensive 3 with the ever reliable Billy behind them remained solid. As the half wore on Carshalton always looked in control, but just needed the second goal to effectively kill off their opponents, but were finding the final ball hard to execute. With 10 minutes remaining Car boys won a corner, Archie’s whipped delivery flashed into the box eventually falling to that man Dylan who rifled into the roof of the net to send the visiting support wild. At 2-0 the game looked done and Car Boys were using their heads to run the clock down, however in the last minute an Emerson attack saw a shot deflect in the far corner to give them some faint hope. From the restart Carshalton gave the ball straight back to Emerson but their long distance shot was well over the bar. There was still time for Carshalton to have one last chance Dylan’s shot was blocked and on the follow up Teddy saw his effort superbly saved by the keeper, this proved to be the last kick of the game and the sound of the referees whistle sent all those associated with Car Boys wild. After all the formalities, Captain Sam was presented with the Valley Trophy by the chairman of the London FA, which he duly lifted to complete a cup double in what has been a truly fantastic season for this team.

By winning the London Cup the boys have written themselves into Carshalton Boys history in only their first Year at the school. I want to congratulate them all on what has been a great season, and there are only bigger and better things to come for this team. The boys are due to join us in briefing this morning, but if you see any of them please congratulate them. 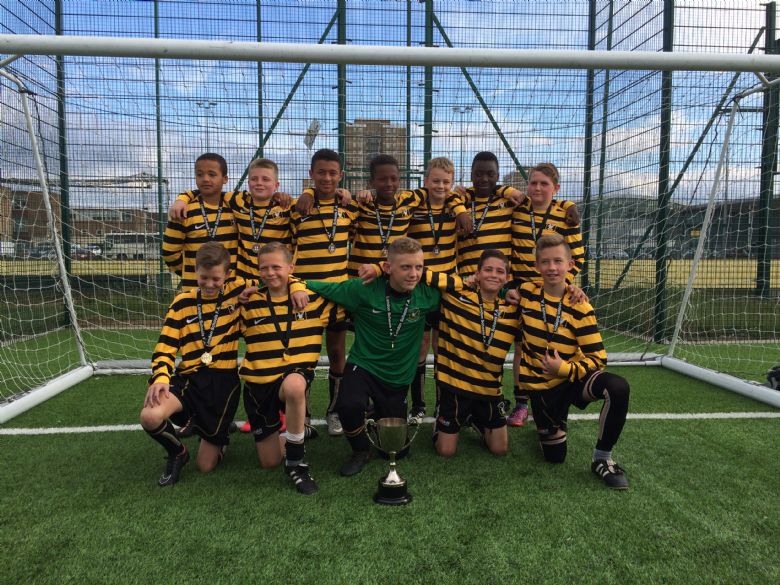 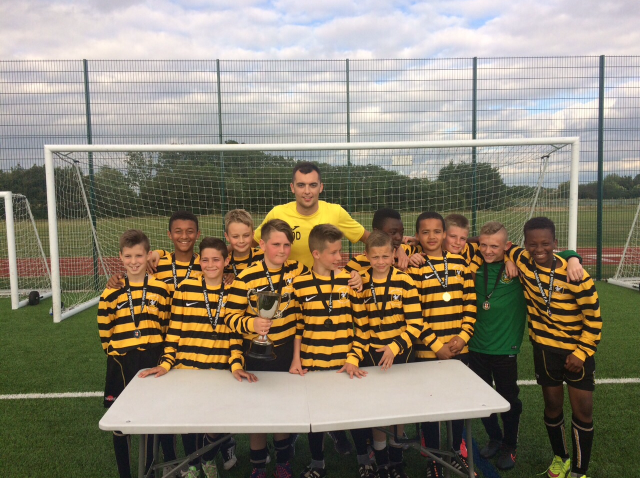 CBSC Year 7 Football team was presented with the Valley Trophy