The boys were great throughout and were a real credit to the school. They were actively engaged on all visits and were extremely respectful at the sensitive sites such as the Soviet War Memorials, The Berlin Wall Memorial and Sachsenhausen Concentration Camp.

They thoroughly enjoyed the more active visits such as the Olympiastadion (that's thirty-three new fans for Hertha Berlin) and the nuclear bunker tour. But by far their favourite visit was to Kickerworld for a seven-a-side football tournament. Congratulations to Billy for scoring the winning penalty. The first ever English football player to win a shootout in Germany! Although he was the only one wearing a Hertha Berlin shirt...coincidence? 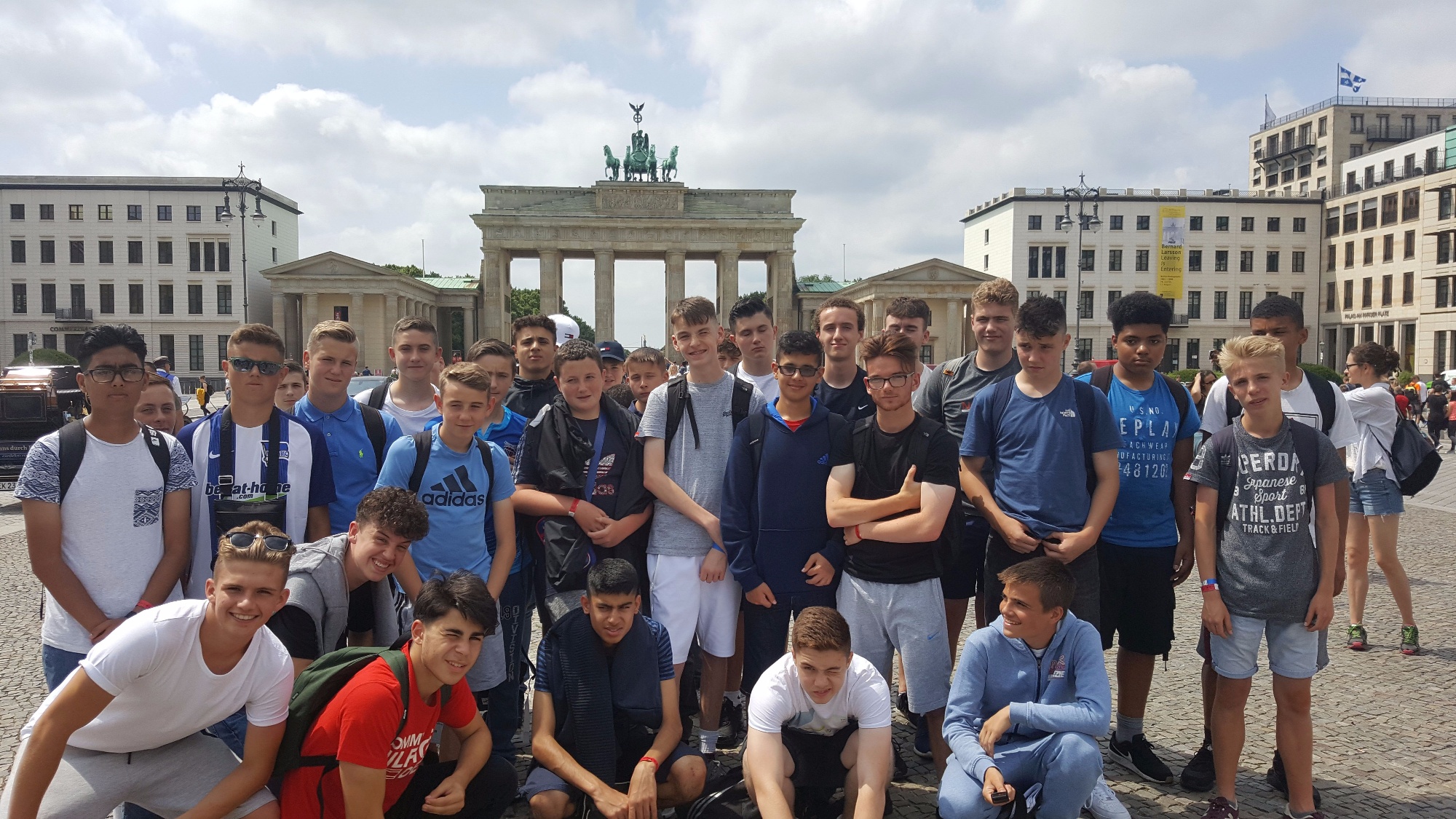